If you are a fan of K-Pop or Korean drama, we might not be able to perk your curiosity as we didn’t go to sites in the film or series. But Seoul has a lot more to offer to non K-Pop or K-drama fans as well. I don’t think any trip to the country is ever complete without  Seoul.  I have to say that I’ve barely even seen Seoul even if I stayed there for 3 days.  One thing you must do is prioritize. You can get tired just focusing on UNESCO alone.  I have to say though that sturdy comfy shoes are a must.  You can use the guide books for outline as they barely give you a feel for what you will be experiencing.  The Korean Tourism Organization is a good place to start.

Some lessons we’ve learned while in Seoul:  1.  There are a couple of ways to get from the airport to the city: the train or the Airport Bus.  The Airport Bus has enough bus stops in the city for it to be really the top choice.  The driver/concierge helps you with your luggages unlike the train stations.  If you are choosing train, transferring from one line to the subway is a series of walkways, escalators and confusion.  One advantage of the train though is that it gives you a nice view from Incheon to Seoul.  2.  Korea runs only on 3G.  Please remember to enable the 3G on your phone but disable data roaming to avoid paying a bomb.  3. The major restaurant/coffee place garbage bins are recycle friendly. I had a hard time figuring out how to segregate in lesser time. 4.  It is still quite warm even when it is almost autumn. 5. People dress according to season in coats and closed shoes even if it feels warm. 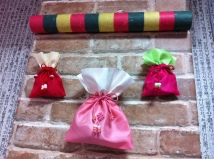 We stayed at two hostels in Seoul.  One was Korea Central Backpackers when we just arrived.  We just stayed overnight.  The place is quite centrally located near Hyewha station which is the University District.  The place was quite new and very very clean.  Only thing is, the bathroom door.  The water has already warped it due to how Korean shower heads are connected.  When we arrived back from Gyeong Ju, we stayed at Fully Guesthouse until we flew back.  This hostel is in the same University District but nearer to the Airport Bus stop.  I would have to say that this is one of the best places to stay in the country.  The room floors are heated, the bathroom is very clean and has basic toiletries and there is a fridge. The internet and TV is only at the common area probably to encourage a hostel environment.  Mr Cho’s breakfast is quite nice and Kimmy is the best guide.  If ever the fares allow me to go back to Seoul, this will be my official temporary residence. 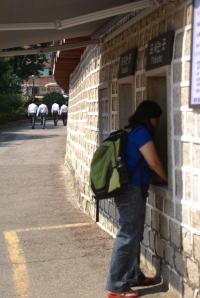 Seoul has a lot of nice places to visit:  They have a lot of Palaces, some of them connected by paths.  I think it would be best to choose which one you really want to visit.  We visited 2 but not on purpose.  I just wanted to see the one which was nearer to our side.  Changgyeonggung is connected to Changdeokgung.  Apparently, we missed all the excitement of being tourist as the ones which are interesting were Deoksugung with the changing of the guards and Gyeongbokgung which has a mountain behind it as a backdrop and there is opportunity for you to dress up in Korean finery. Jongmyo Shrine – might be better to visit the park outside with all the uncles playing chinese chess rather than the shrine itself. The place itself is lovely but it might be best to visit during the festival in May where they perform ceremonies and really bring out the spirit tablets. 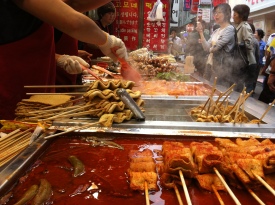 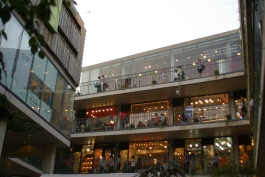 Although it is a place full of history, it is also a shopping paradise. They have Dongdaemon and Namdaemon markets (east and south gates respectively) where you can buy anything from raw materials to finished products. Myeongdong is Seoul’s Orchard road, full of malls and stores. It is really really crowded and there are a lot of stalls on the side that sells street food. 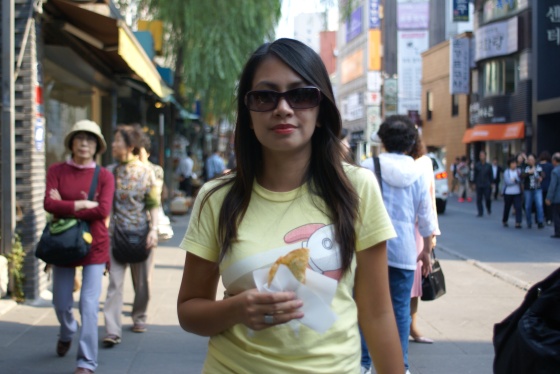 Because I still need to satisfy my culture vulture side, we went to Insadong where we saw nice art shops and ate tasty dumplings. Samseungil was also a nice place giving a bit of the european vibe. The best is Bukcheongdong where most of the houses are still built in the traditional way with wood but beware the cctv is in operation so I didn’t dare touch the cute postbox. We wished we had more time in Seoul as there is still so much more to see. We’ll be on the lookout for discounted fares. See u soon, Seoul.